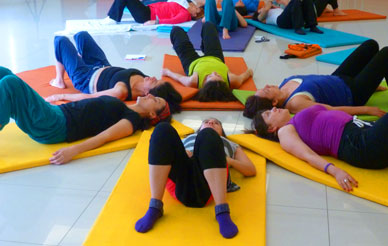 The FELDENKRAIS METHOD® of somatic education, developed over 40 years of study and research by Dr. Moshe Feldenkrais, is a revolutionary approach to understanding human functioning and for improving both physical and mental performance. It utilizes movement, attention and sensory re-education to promote and enhance our natural ability to discover, learn, change and continue to develop throughout our lives. It is applicable to anyone wanting to enrich the quality of his or her everyday life and activities.

Throughout the world, the FELDENKRAIS METHOD® of somatic education continues to grow in recognition and in its relevance in the sciences, the arts and rehabilitation. The applications of the method range from reducing pain, improving orthopedic, neurological and learning difficulties, to enhancing performance of professional athletes, dancers, musicians, and actors. It is amazing in its versatility. People from all walks of life are drawn to the method for its ability to achieve greater levels of comfort, increase mobility and range of motion, improve coordination and flexibility, expand self–awareness, enhance self image and evoke greater clarity and vitality. 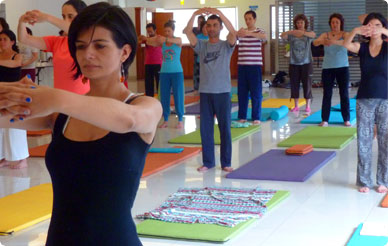 By understanding and identifying your habits in movement, you can learn and acquire alternatives that promote greater ease and well being. It utilizes your brain’s innate capacity for learning and its potential for lifelong maturation and growth.

Rather than teaching ‘the right’ way to move it provides you with ‘more choices’ of how you might move; so depending on your own structure, the context you are in and the action you are intending, you can choose the most efficient and most comfortable way of acting.

It evokes a more skeletal use of your self; your skeleton being the part of you that bears weight and transmits force. We tend to under utilize our skeleton and overwork our musculature. These gentle processes help you to deconstruct some of your muscular habits and create a more effective skeletal use of yourself resulting in improved functioning, performance and effortlessness in your everyday actions.

There are two main modalities of learning in the FELDENKRAIS METHOD®:

AWARENESS THROUGH MOVEMENT®
(Improving the ability to perform) 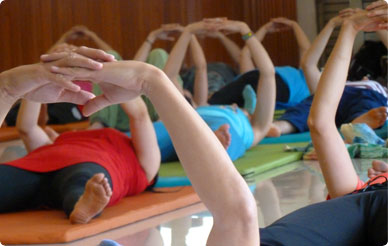 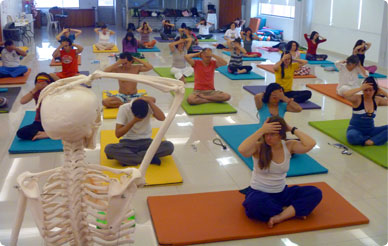 AWARENESS THROUGH MOVEMENT® lessons are group sessions. Participants are verbally led through a series of structured movement sequences, which utilize attention, perception and imagination. Designed to evoke a more synergistic use of yourself, the lessons establish new patterns of movement. As the lessons progress, participants become more aware of their movement habits, affording them new patterns of behavior.

There are more than a thousand different lessons with movements ranging from developmentally based patterns to innovative and novel configurations. The movements are usually done lying down or sitting, and in a manner that recognizes each participant’s own pace and range of motion. Comfort, ease, and the quality of movement are the main criteria used towards developing greater volition over what you do and how you do it. 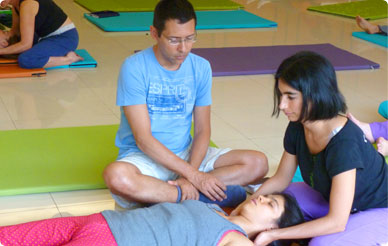 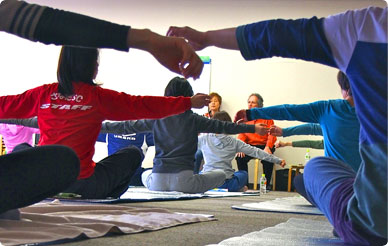 FUNCTIONAL INTEGRATION®, is a one-to-one, hands-on interaction specifically designed to meet the needs of an individual. Practitioners, primarily through the use of their hands, guide students to a new and more varied use of themselves. The quality of touch is non-invasive, informative, and interactive in nature. Students usually lie or sit and are comfortably dressed. As with AWARENESS THROUGH MOVEMENT® group lessons, these individualized sessions use movement as the means to promote changes in patterns of thinking, sensing, feeling and interacting with others. 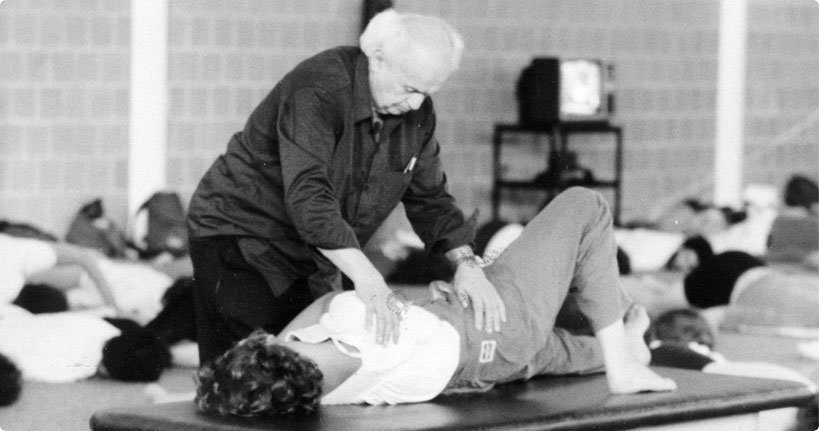 The FELDENKRAIS METHOD® of somatic education was developed by Dr. Moshe Feldenkrais. Born in Russia, Feldenkrais immigrated to Israel at the age of thirteen. After receiving degrees in mechanical and electrical engineering, he earned his D.Sc. in Physics at the Sorbonne in Paris. He subsequently worked for a number of years in the French nuclear research program with Joliot-Curie.

Physically active, Feldenkrais played soccer and practiced the martial arts. He studied with Kano Jigoro, the originator of Judo, and in 1936 became one of the first Europeans to earn a black belt in that discipline.

A chronic knee injury prompted him to apply his knowledge of physics, body mechanics, neurology, learning theory and psychology to a new understanding of human function and maturation. His investigations resulted in the formulation of a unique synthesis of science and aesthetics, known as the FELDENKRAIS METHOD®. Dr. Feldenkrais wrote five books about the method as well four books on Judo.

The FELDENKRAIS METHOD® provides intensive personal learning and growth
and for many may be the means to an exciting and new profession.